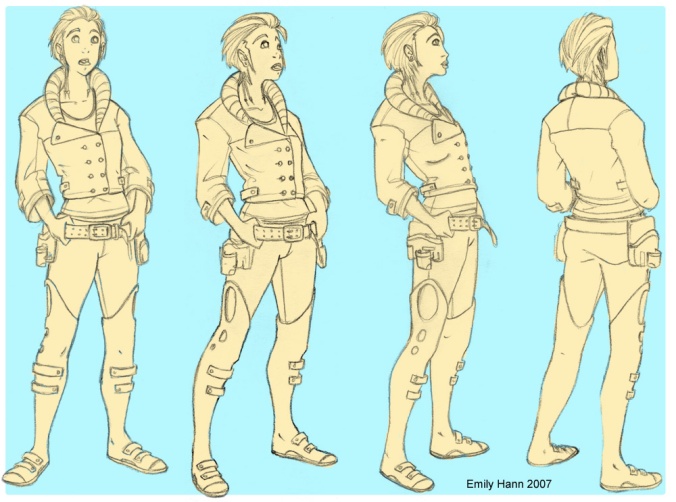 Some characters are meant to take the air from the room and some are meant to be furniture. It is the way of the narrative. The furniture-type I call “beige characters<‘ though there is probably an academic term for them. (Literary zombies?)

“Beige characters” forward the action, appear and recede, help things along, teach something about the main character. As a reader, their names confuse me because they are so “beige,” I can’t remember. I suspected better writers are better at “beige characters.”

However, I feel I’ve missed opportunities to say something about humankind, make the book richer with detail, or just plain entertain when I create those beige characters. I’ve been lazy; I’ve neglected them. I feel terrible.

I started to study “beige characters” in a cross-section of books to see how other authors handled the challenge. I have a whole new respect for “other authors”:

1. Hint the character has a secret. You can eventually give away the secret to the reader if you choose. The simple EXISTENCE of a secret makes a character more interesting and the reader moving forward with you.

2. “Beige characters” can be made attractive to the book by having an unattractive trait. Annoying flat laughter, hairy moles, an odor, a tendency to use adjectives, anything.

3. Create a cognitive dissonance around your ‘beige characters’ – an old guy that sucks on fireballs, a girl who loves heavy metal and knits kleenex box covers – one weird image that will stick every time you have to bring in that character for a little help.

4. Add one detail about clothing that is unforgettable: a orange bra strap, prison pants with penguins on boxers, peds with a hole in the toe

5. Accents are difficult. But if you think you can give your beige character an accent different from other characters, do it. Problem solved.

6. Give a beige character a strange fear: bees, mold, spacecraft abduction, the neighbor takes their hedges while they sleep. Only you know the strange fear you need.

7. A beige character can make an interesting entrance into the narrative that the reader will remember when the beige-ness resumes.

8. A “Beige Character” can be your voice of reason in counterbalance to an unbalanced character. If you choice this route, keep your beige character fairy beige. Think Gatsby and Tom.

9. Beige Characters are often introduced early in thrillers and horror so that they may be killed in different, interesting ways. My research tells me that their introduction often hints at how they will die: example: Mary picked up the knife and said, “I’ll make the salad.”

10. Beige Characters are a lot more important than I ever thought.